WHY IS TODAYS TOPIC IMPORTANT?

It can be a good thing to do to take time to ponder about life and death while we still can instead of assuming that we already know the truth. New findings in science show that the reality is very different from what tradition, school, religion and even “science” has told us before.

It is strange that a body can be alive in one moment, and then become dead in a matter of seconds. It is the same proteins and structure. The same blood and tissue, but suddenly it is just dead meat from being fully alive a moment ago. We often describe this as “life” left the body and all over the world, in religions and spiritual traditions, this is referred to as the person itself leaves the body. This is a phenomenon some people, who have literally died and then is awakened again, has described as a near-death experience.

It is easy to just ignore this because it is something that science up to now haven’t accepted since if you cannot prove it, per definition it does not “exist”. It belongs to a “spiritual” part of the world and should be left to religion and philosophy to handle, and not as a scientific fact. For me, this is not very scientific and impressive. It is better to admit you do not understand instead of claiming it is false or does not exist. I believe the reality is ONE and not divided into two parts, spiritual and physical.

Here comes an interesting story: Dr. Bruce Lipton, one of the pioneers of stem cells and science regarding genes and cell biology back in the 70’s, made a very profound observation that changed his view of everything forever, his life included. He asked: “What makes a cell live?”

The answer was, of course, the movement of the proteins in the cell.

But what makes the proteins move and act as cogwheels in a machine?

The answer is signaling that makes the proteins alter their shape.

But where do the signals come from?

He then asked: How can a body recognize foreign cells, i.e. cells from another person. We know that if you transplant an organ into someone’s body it will be rejected if you do not at the same time suppress the immune system to not react to the foreign cells. The answer is “tags” that identifies the cell as mine or foreign. A cell also has receptors, or call it “antennas” that tune into this special signal that tells it to be alive or just dead matter.

Bruce Lipton had an epiphany and concluded since the signaling must come from outside the body, and the signaling came from him, he must somehow exist independently of the body. “Oh my God, I cannot die” was his immediate reaction and this changed his view of life forever.

He has relentlessly shared his findings with an increasing number of followers and you may find many interesting lessons on YouTube or on his site. In particular, the one below where he explains it all.

What about
Henrietta Lacks? 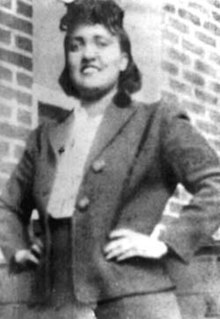 Her cancer cells are still alive (read about her here ) and one of the most important douce of human cells to be used in science. Is she still signaling the cells to live, or is there another mechanism also? She is probably tired of keeping these cells alive and want to do something else, wherever she is now. Bruce has probably not given us the whole picture, but I think he has brought us closer to the truth.

Have a nice day 🙂

Two books I strongly recommend. I read them in a couple of days. For someone, like me, who seeks to understand life, universe and everything and not just accept things as too complicated or mystical to grasp. This was a very good reading experience.

This site uses Akismet to reduce spam. Learn how your comment data is processed.